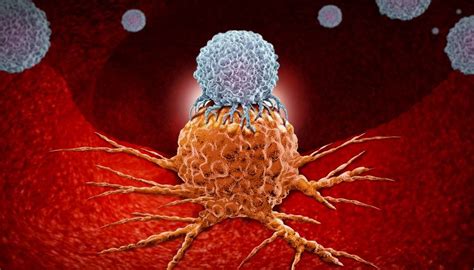 Researchers at Cambridge University have conducted a study on the cancer immune system that prevents the body’s own immune system from destroying tumour cells. The study, led by the immunologist Professor Douglas Fearon, was carried out on genetically modified mice.

Stromal cells carry out important functions within the body, such as in the healing process of a wound. These same tissue cells, however, have been found essential for the survival of cancer cells. A tumour manifests itself as a wound, whereby the FAP contained in the stromal cells does not protect the body from the tumour, but instead protects the cancer cells from the body’s immune system that would otherwise destroy cancer.

The FAP contained within the stromal cells becomes a shield and source of nourishment that maintains the tumour cells and in so doing allows these to continue dividing and spreading unhindered by the body’s natural defences. The tumour cell’s strategy lies basically in presenting the tumour as an injury that needs protecting and healing, and not as a cause of illness to the body.

The object of the research carried out at Cambridge University consisted in modifying in various ways the FAP response in mice in order to prevent the protein from protecting lung cancer cells. This resulted in the tumour cells being gradually destroyed by the natural immune system of the mice.

According to Professor Douglas Fearon, an important piece may have been found within the jigsaw to healing various kinds of cancer.

The success achieved in regulating FAP in mice could become the basis for a vaccine for cancer treatment in humans, and would involve a process of training the body’s immune system to confront and eliminate a tumour through FAP regulation within stromal cells. The important function that these tissue cells have on the body’s natural healing process means that they have a positive value, yet they are equally important in preserving different forms of tumours.

Once the FAP protein can be cut off from tumour cells in humans, a great step forward will have been achieved in cancer cure by breaking down the immune system of cancer cells. According to Professor Fearon, although the research is at an early stage, it is possible that the results achieved on mouse tumours will also work in human versions of the disease.

No comments to show.